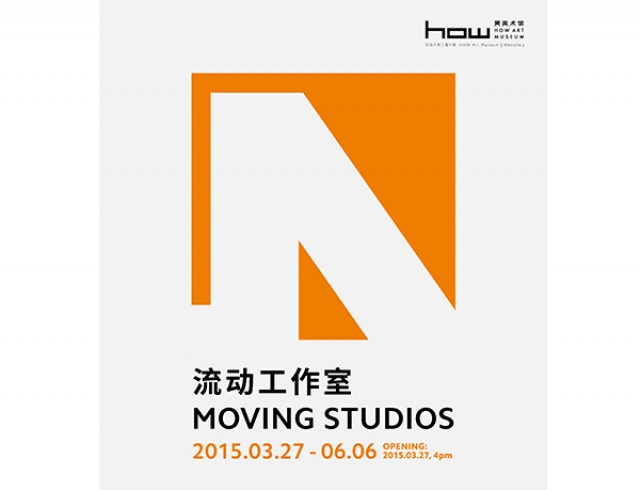 Stepping into the Future with Sandro del Pistoia.

Sandro del Pistoia first studied architecture in Florence; however later he immersed himself in sculpture and in 2007 completed his degree at the Carrara Academy of Fine Arts. In 2014 he has been selected for an artist-in-residence program at the Shanghai SWATCH Art Peace Hotel, where he has been working for 6 months on creating sitespecific series of artworks.

In his Walk in the Future series Sandro continues to expand his oeuvre on hexagonal sculpture. It is based on carefully structured hexagonal modules made of wooden sticks that with both simplicity and repetitiveness allow to create a stable unity, either smoothedged and self-enclosed, or open and potentially infinite. These sculptures derived from artist’s study of graphene that on atomic scale constitutes a honeycomb lattice made of carbon atoms.

Graphene has many unique properties such as electric conductivity, thermal conduction and structural robustness, which are valuable for electronics, optics and other fields of science and technology. It was observed only in 2004; its properties are not well understood yet, though the potential applications seem to be very wide.

One of its applications is in nanotechnology, primarily in carbon nanotubes. Sandro’s recent sculpture Walk in the Future No 1 is an artistic representation of a carbon nanotube’s structure and, according to its title, can be seen as a reference for future constructions. It’s worth mentioning that sculpture’s hexagonal structure has proved itself useful for architecture and design, as it is a little bit more compact than a structure made of squares.

Such a traditional square kind of architecture can be seen as a passing one in Sandro’s recent sculpture Falling Business No 5 where a vast cocoon of silk threads has been spun around a heavy-like wooden model of a city. This work is an artist’s reflection on Chinese reshaping society and architectural remodeling of Shanghai city in particular. Work also drew inspiration from the shape and structure of silkworm cocoon, as a tribute to Chinese invention and passing on the technique of silk production. Organic structure of silk cocoon is visually very similar to a yarn of carbon nanotubes. It alludes here to establish an artist’s research on emerging woven architectural structures without seams and bio-mimetic design.
As true as before, “artists have an awareness of the great trends that are developing”1 and devoting themselves to transmitting new ideas of our time in the fields of art and integrating them directly into society. Sandro’s works, characterized by simplicity, economy of organization, functionality and aesthetics, make poetic and beautiful what is complex and difficult to understand. They also show a potential dynamic interaction between architecture, design, art, science and technology, which is so necessary in our increasingly changing society. 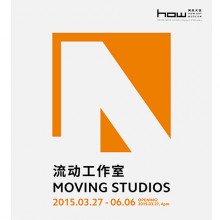 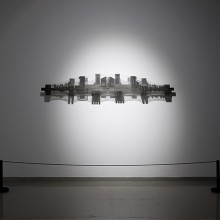 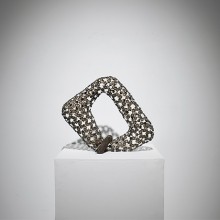